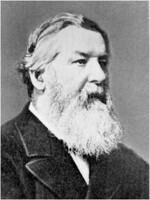 The coming decades are predicated to bring widespread shifts in local, regional, and global climatic patterns. Currently there is limited understanding of how ferns will respond to these changes and few studies have attempted to model shifts in fern distribution in response to climate change. In this paper, we present a series of these models using the country of New Zealand as our study system. Ferns are notably abundant in New Zealand and play important ecological roles in early succession, canopy biology, and understory dynamics. Here we describe how fern distributions have changed since the Last Glacial Maximum to the present and predict how they will change with anthropogenic climate change – assuming no measures are taken to reduce carbon emissions. To do this, we used MaxEnt species distribution modelling with publicly available data from gbif.org and worldclim.org to predict the past, present, and future distributions of 107 New Zealand fern species. The present study demonstrates that ferns in New Zealand have and will continue to expand their ranges and migrate southward and upslope. Despite the predicted general increased range size as a result of climate change, our models predict that the majority (52%) of many species' current suitable habitats may be climatically unsuitable in 50 years, including the ecologically important group: tree ferns. Additionally, fern communities are predicted to undergo drastic shifts in composition, which may be detrimental to overall ecosystem functioning in New Zealand.

Aim: Due to the sessile nature of flowering plants, movements to new geographical areas occur mainly during seed dispersal. Frugivores tend to be efficient dispersers because animals move within the boundaries of their preferable niches, so seeds are more likely to be transported to environments tha…

Ferns and lycophytes are an excellent group for conservation and species distribution studies because they are closely related to environmental changes. In this study, we analyzed collection gaps, sampling biases, richness distribution, and the species conservation effectiveness of protected areas i…

Inventories of species recently extinct or threatened with extinction may be found in global databases. However, despite the large number of published fossil based-studies, specific databases on the vulnerability of species in the past are not available. We compiled a worldwide database of published…

The New Zealand flora has a high proportion of endemic species but has been invaded by almost the same number of non-native plant species. To support management of invasive plant species, we provide an updated inventory of New Zealand’s naturalised flora and compare it with the native flora to ident…

Aim: Geographic distributions of mushroom species remain poorly understood despite their importance for advancing our understanding of the habitat requirements, species interactions and ecosystem functions of this key group of organisms. Here, we estimate geographic range extents (maximum within‐spe…

Natural history specimens are widely used across ecology, evolutionary biology and conservation. Although biological sex may influence all of these areas, it is often overlooked in large-scale studies using museum specimens. If collections are biased towards one sex, studies may not be representativ…

Plant species with divaricate forms are particularly common in New Zealand, where approximately 10% of all endemic woody species can be categorised as divaricate. A number of potential selective pressures have been proposed in order to explain this unusual feature of New Zealand flora. It has been s…