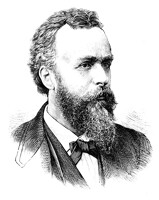 ﻿AbstractEstablished alien land snail species that were introduced into the Western Palaearctic Region from other regions and their spread in the Western Palaearctic are reviewed. Thirteen of the 22 species came from North America, three from Sub-Saharan Africa, two from the Australian region, three probably from the Oriental Region and one from South America. The establishment of outdoor populations of these species was usually first seen at the western or southern rims of the Western Palearctic. Within Europe, the alien species usually spread from south to north and from west to east. The latitudinal ranges of the alien species significantly increased with increasing time since the first record of introduction to the Western Palearctic. The latitudinal mid-points of the Western Palaearctic and native ranges of the species are significantly correlated when one outlier is omitted. There is a general trend of poleward shifts of the ranges of the species in the Western Palaearctic compared to their native ranges. There are three reasons for these shifts: (1) the northward expansion of some species in Western Europe facilitated by the oceanic climate, (2) the impediment to the colonisation of southern latitudes in the Western Palaearctic due to their aridity and (3) the establishment of tropical species in the Mediterranean and the Middle East. Most of the species are small, not carnivorous and unlikely to cause serious ecological or economic damage. In contrast, the recently introduced large veronicellid slugs from Sub-Saharan Africa and the giant African snail Lissachatinafulica could cause economic damage in irrigated agricultural areas or greenhouses in the Mediterranean and the Middle East.

We use natural language processing (NLP) to retrieve location data for cheilostome bryozoan species (text-mined occurrences (TMO)) in an automated procedure. We compare these results with data combined from two major public databases (DB): the Ocean Biodiversity Information System (OBIS), and the Global Biodiversity Information Facility (GBIF). Using DB and TMO data separately and in combination, we present latitudinal species richness curves using standard estimators (Chao2 and the Jackknife) and range-through approaches. Our combined DB and TMO species richness curves quantitatively document a bimodal global latitudinal diversity gradient for extant cheilostomes for the first time, with peaks in the temperate zones. A total of 79% of the georeferenced species we retrieved from TMO (N = 1,408) and DB (N = 4,549) are non-overlapping. Despite clear indications that global location data compiled for cheilostomes should be improved with concerted effort, our study supports the view that many marine latitudinal species richness patterns deviate from the canonical latitudinal diversity gradient (LDG). Moreover, combining online biodiversity databases with automated information retrieval from the published literature is a promising avenue for expanding taxon-location datasets.

Mangroves are an ideal habitat for brachyuran crabs because of nutritional and shelter support. Using maximum entropy (MaxEnt) modeling technique, we projected the potential global distributions of 10 dominant species of mangrove crabs from the Persian Gulf and the Sea of Oman under future climate c…

Mollusca is the largest marine phylum, comprising about 23% of all named marine organisms, Mollusca systematics are still in flux, and an increase in human activities has affected Molluscan reproduction and development, strongly impacting diversity and classification. Therefore, it is necessary to e…

Spatial patterns of biodiversity are inextricably linked to their collection methods, yet no synthesis of bias patterns or their consequences exists. As such, views of organismal distribution and the ecosystems they make up may be incorrect, undermining countless ecological and evolutionary studies.…

Phyllodocida is a clade of errantiate annelids characterized by having ventral sensory palps, anterior enlarged cirri, axial muscular proboscis, compound chaetae (if present) with a single ligament, and of lacking dorsolateral folds. Members of most families date back to the Carboniferous, although …

Climate change can affect the survival, colonization and establishment of non-native species. Many non-native species common in Europe are spreading northwards as seawater temperatures increase. The similarity of climatic conditions between source and recipient areas is assumed to influence the est…

Aquaculture has grown rapidly over the last three decades expanding at an average annual growth rate of 5.8% (2005–2014), down from 8.8% achieved between 1980 and 2010. The sector now produces 44% of total food fish production. Increasing demand and consumption from a growing global population are d…