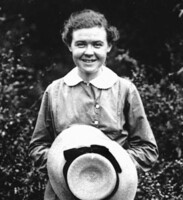 We present a composite terrestrial pollen record of latest Eocene through Oligocene (35.5–23 Ma) vegetation and climate change from the Gippsland Basin of south-eastern Australia. Climates were overwhelmingly mesothermic through this time period, with mean annual temperature (MAT) varying between 13 and 18 °C, with an average of 16 °C. We provide evidence to support a cooling trend through the Eocene–Oligocene Transition (EOT), but also identify three subsequent warming cycles through the Oligocene, leading to more seasonal climates at the termination of the Epoch. One of the warming episodes in the Early Oligocene appears to have also occurred at two other southern hemisphere sites at the Drake Passage as well as off eastern Tasmania, based on recent research. Similarities with sea surface temperature records from modern high southern latitudes which also record similar cycles of warming and cooling, are presented and discussed. Annual precipitation varied between 1200 and 1700 mm/yr, with an average of 1470 mm/yr through the sequence. Notwithstanding the extinction of Nothofagus sg. Brassospora from Australia and some now microthermic humid restricted Podocarpaceae conifer taxa, the rainforest vegetation of lowland south-eastern Australia is reconstructed to have been similar to present day Australian Evergreen Notophyll Vine Forests existing under the sub-tropical Köppen-Geiger climate class Cfa (humid subtropical) for most of the sequence. Short periods of cooler climates, such as occurred through the EOT when MAT was ~ 13 °C, may have supported vegetation similar to modern day Evergreen Microphyll Fern Forest. Of potentially greater significance, however, was a warm period in the Early to early Late Oligocene (32–26 Ma) when MAT was 17–18 °C, accompanied by small but important increases in Araucariaceae pollen. At this time, Araucarian Notophyll/Microphyll Vine Forest likely occurred regionally.

Insects are the focus of many recent studies suggesting population declines, but even invaluable pollination service providers such as bees lack a modern distributional synthesis. Here, we combine a uniquely comprehensive checklist of bee species distributions and >5,800,000 public bee occurrence re…

Natural history specimens are widely used across ecology, evolutionary biology and conservation. Although biological sex may influence all of these areas, it is often overlooked in large-scale studies using museum specimens. If collections are biased towards one sex, studies may not be representativ…

Citizen science (CS) contributes to the knowledge about species distributions, which is a critical foundation in the studies of invasive species, biological conservation, and response to climatic change. In this study, we assessed the value of CS for termites worldwide. First, we compared the abunda…

Dengue fever is a mosquito-borne disease that has undergone a marked rise in incidence since the 1950s, throughout the world’s tropical regions. Here, we present a hypothesis that this rise in incidence may have been exacerbated by the invasion of house geckos, due to their role in the mosquito vect…