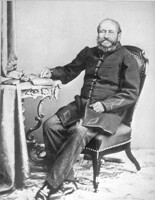 Societal Impact Statement Human-caused habitat destruction and transformation is resulting in a cascade of impacts to biological diversity, of which arguably the most fundamental is species extinctions. The Global Conservation Consortia (GCC) are a means to pool efforts and expertise across national boundaries and between disciplines in the attempt to prevent such losses in focal plant groups. GCC Erica coordinates an international response to extinction threats in one such group, the heaths, or heathers, of which hundreds of species are found only in South Africa's spectacularly diverse Cape Floristic Region. Summary Effectively combating the biodiversity crisis requires coordinated conservation efforts. Botanic Gardens Conservation International (BGCI) and numerous partners have established Global Conservation Consortia (GCC) to collaboratively develop and implement comprehensive conservation strategies for priority threatened plant groups. Through these networks, institutions with specialised collections and staff can leverage ongoing work to optimise impact for threatened plant species. The genus Erica poses a challenge similar in scale to that of the largest other GCC group, Rhododendron, but almost 700 of the around 800 known species of Erica are concentrated in a single biodiversity hotspot, the Cape Floristic Region (CFR) of South Africa. Many species are known to be threatened, suffering the immediate impacts of habitat destruction, invasive species, changes in natural fire regimes and climate change. Efforts to counter these threats face general challenges: disproportionate burden of in situ conservation falling on a minority of the community, limited knowledge of species-rich groups, shortfalls in assessing and monitoring threat, lack of resources for in situ and limitations of knowledge for ex situ conservation efforts and in communicating the value of biological diversity to a public who may never encounter it in the wild. GCC Erica brings together the world's Erica experts, conservationists and the botanical community, including botanic gardens, seed banks and organisations in Africa, Madagascar, Europe, the United States, Australia and beyond. We are collaboratively pooling our unique sets of skills and resources to address these challenges in working groups for conservation prioritisation, conservation in situ, horticulture, seed banking, systematic research and outreach.

In recent years, three large populations of Cyperus flavescens were found in Poland, the richest occurrence of this species in over 30 years. The goal of this research is to determine the habitat factors lead to the mass occurrence of C. flavescens and the present situation of that species and its h…

Aims: Assessing climate change impacts on biodiversity is a main scientific challenge, especially in the tropics, therefore, we predicted the future of plant species and communities on the unique páramo sky islands. We implemented the Spatially Explicit Species Assemblage Modelling framework, by i) …

Background: The coincidence of long distance dispersal (LDD) and biome shift is assumed to be the result of a multifaceted interplay between geographical distance and ecological suitability of source and sink areas. Here, we test the influence of these factors on the dispersal history of the floweri…